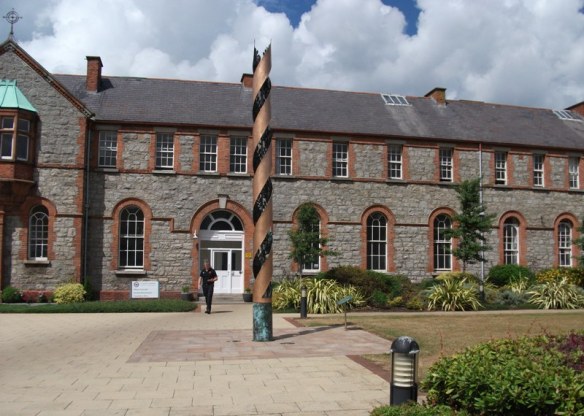 This sculpture, in polished and patinated bronze, combines the symbol of medicine, the Rod of Aesculapius and its coiled serpents, with the laurel wreath of Hygieia, mythological goddess of health, and the double helix of the DNA. 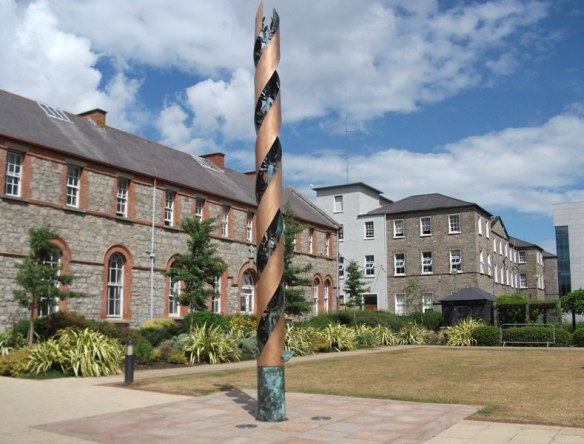 The work is dedicated to the countless men, women and children who have occupied the various institutions on this site during the last three hundred years, and celebrates the evolution of the modern St. James’s Hospital. 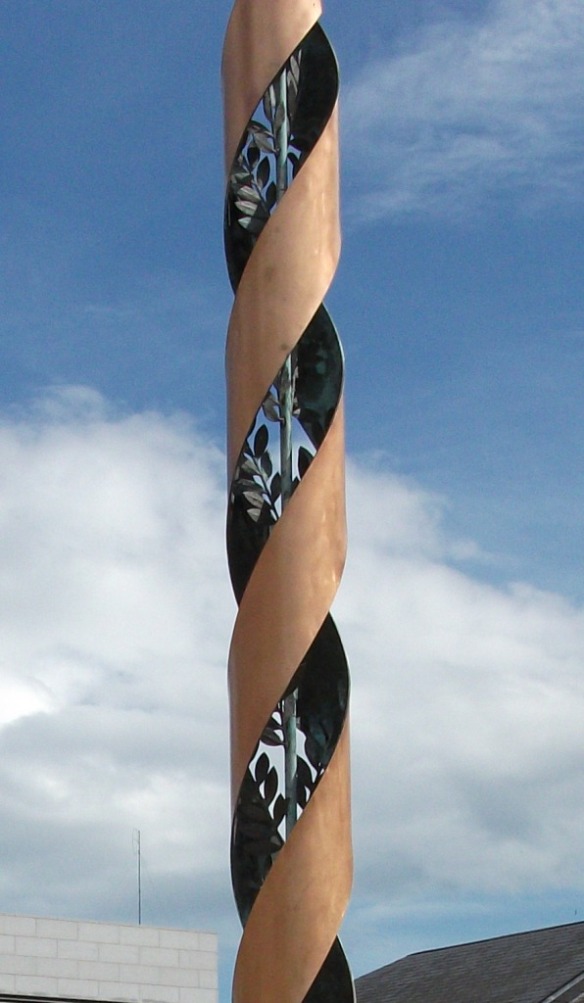 Eamonn O’Doherty was born in Derry in 1939 and studied at University College Dublin, earning a degree in architecture. Later he became lecturer at the Department of Architecture at the Dublin Institute of Technology. In various capacities he also taught on the Dún Laoghaire College of Art and Design(Ireland), the Ecole Speciale d’Architecture in Paris (France), Harvard University (USA), University of Nebraska (USA) and the University of Jordan (Jordan)

He was responsible for some of the best-loved works of public art in the Republic – including the Quincentennial Sculpture in Galway’s Eyre Square, the James Connolly Memorial across from Dublin’s Liberty Hall and the Anna Livia fountain (aka ‘the floozie in the Jacuzzi), which was relocated from O’Connell Street to Croppy Acre Memorial Park near Heuston Station.

I have in the past featured Swans a work by Eamonn, alas, my old blog is down right now and I am unable to give you a working link.