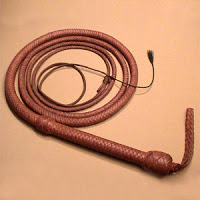 Ach, come on now, sure it was only five days ago. There might be some excuse for me right now, sure aren’t I getting on a bit….. and drugged to the gills, so you can expect me to get a fact or three wrong. Right?

No way. Not with a legal eagle for a toyboy. He keeps me on my toes.

He swears on all dem big hard bukes. You know the ones….. Every TV drama about the law from Perry Mason, to Rumpole of the Bailey, The Good Wife or Kavanagh Q.C. have a wall of leather bound legal books behind a ginormous desk!

I bet my toyboy eats them for breakfast.

So where did I go wrong?

Brian reminds me that he joined the musical society after he left school, through a couple of lads who were already members at the time. He began by making some posters for a Talent Competition to raise funds… then he was asked to man the sweet shop at the intervals and slowly he became more involved. he remembers coming to see me at home, prior to Viva Mexico which was a production before Kiss Me Kate.

I did go to Callaghans for the whip, but they were not theatrical outfitters as I stated in my earlier post. They were saddle harness and horse-clothing makers, at 13 to 16 Dame Street, Dublin. That was why asking for and having the whip free of charge for the duration, made such an impression on Brian. I know I should have given the memory corner of my brain a big stir before submitting my homework to print, so with knuckles well rapped, 😉 I did a little research and found this humorous poster: 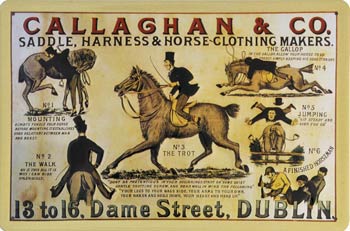 P.J. Bourke, were theatrical costumiers, in Dame Street, Dublin, (1906-1994). They were in-laws of Eamonn Andrews – Presenter of This is your life (Uk Version). He married Grace Bourke, who lived with her family on the same Avenue where I grew up.

While looking for a photo of Bourkes, I found this interesting article from May 1993.

Gings, another theatrical costumier, was to be found on the other side of the street and I found a picture of Gings in Dame Street Click on the link to see it.

So I got there eventually, sorry it took so long.